Bridgnorth has beaten hundreds of high streets across the country to be named one of Britain’s best. 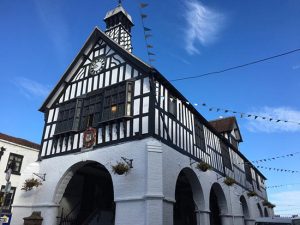 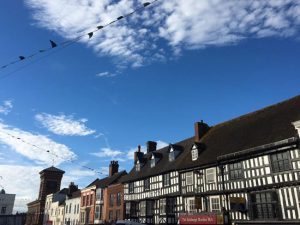 The town took on Hinckley and Market Harborough, both in Leicestershire, and won the “large market town” category of the Great British High Street national awards for 2016.

The town beat its competitors at an official awards ceremony for the competition in central London this afternoon.

Bridgnorth has won £5,000 and expert training from Google’s digital taskforce for shops, bars and restaurants, as well as a trip to Twitter UK’s London office to boost its social media skills, and was awarded a trophy by High Streets Minister Andrew Percy.

The town was entered into the competition by Sally Themans, of Love Bridgnorth, and Sarah Stevens, of Buy Big in Bridgnorth.

It claimed first place after storming ahead in the public vote each week and wowing judges when they visited.

“From their spectacular social media campaign to their innovative park and ride scheme, we’ll be sharing Bridgnorth’s excellent example to help others learn from their success.”

Sally Themans from Bridgnorth said: “This award means everything, we’re thrilled and so proud of our town.”

Bridgnorth Council, Bridgnorth Chamber of Commerce, businesses and residents all pulled together to give the town the best chance of winning.