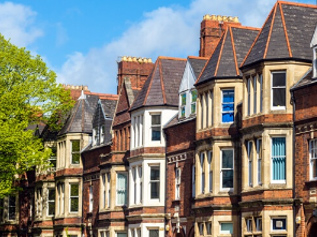 The Welsh government have announced a new land tax system which will see relief for properties sold for less than £150,000.

From next April, Wales will be scrapping stamp duty and replacing it with Land Transaction Tax – and with the new title come new thresholds.

During his draft budget for 2018, Finance Secretary for Wales mark Drakeford announced the introduction of the first Welsh-only tax in almost 800 years.

The progressive move means that nine out of ten buyers will now pay the same or less in tax than they currently do, with homes priced at the lower end of scale (up to £150,000) seeing a tax break and paying no land tax at all.

But whilst buyers purchasing homes for less than £250,000 will benefit from paying up to £500 less in tax, those buying property in excess of £400,000 will pay more than their counterparts in England. Land tax for home over £400,000 has soared to 7.5 percent. This means, that in some cases, a buyer in Wales could end up paying over £17,000 more in tax than a buyer in a similarly-priced property in England.

However, it is the homes selling over £750,000 where the fee is really set to climb, to a whopping 10 percent, and properties in excess of £1.5m have attracted a new rate of 12 percent.

“This is a welcome move for the Welsh housing market and we’re pleased the Welsh Government has listened to our proposals to raise the band for this lower rate. The rate up to which buyers won’t have to pay any stamp duty will be £150,000 from 2017 – the same value as the average house price in Wales. This means a huge number of house buyers will no longer have to pay any stamp duty at all. However, the move creates further bands for properties in excess of £250,000 and those properties will now attracted a higher rate of stamp duty land tax than they would have previously.”